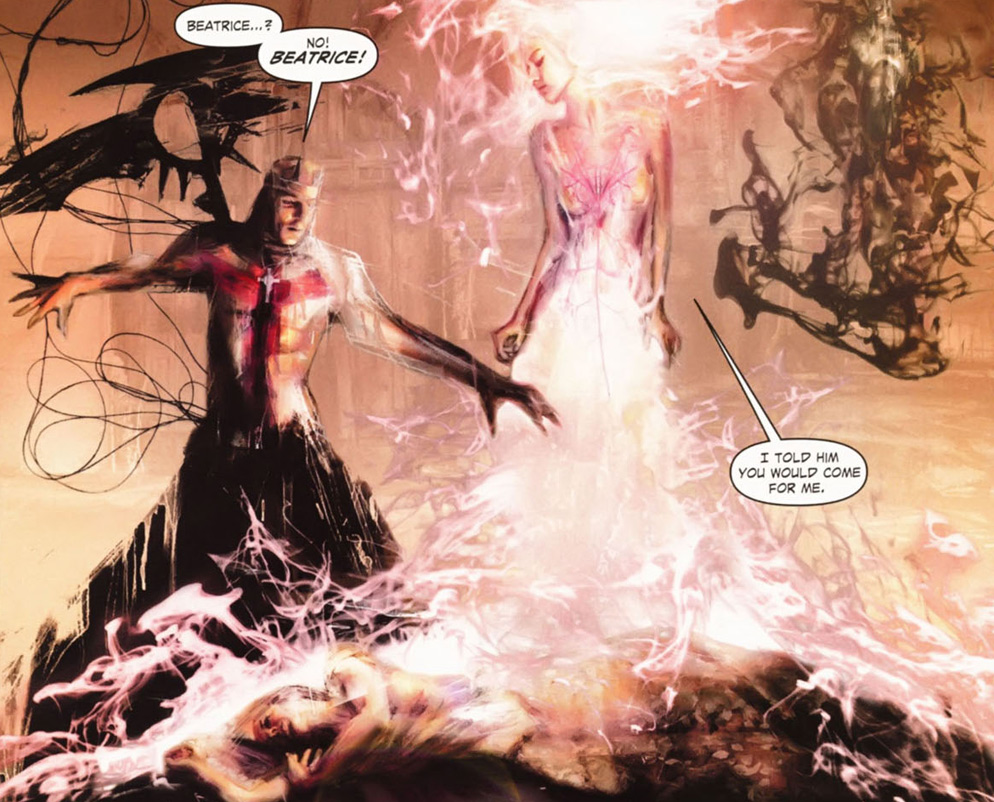 Dude they totally made a comic based on the videogame based on Dante’s Inferno!! I didn’t think it would be possible to top the histrionics of the game or the anime, but check it out – I was wrong. Six issues of hyper-abstract faux-spiritual blood and gore in that totally classy ‘lectual painterly style that just screams “smart comic with literary references”. There’s even a whole page on the etymology of the name “Beatrice”. Heavy stuff.

Guys? The nineties called. They want their comics back.

“One-two, one-two, I’m the best at what I do.” His adamantium claws went SNIKT-ER-SNAAAAAAAAAAAACKKK!!!!!!!