Home › i would like to recommend these people's writing › Published: She Called Up Her Mind’s Fire And Watched Him Burn

Published: She Called Up Her Mind’s Fire And Watched Him Burn 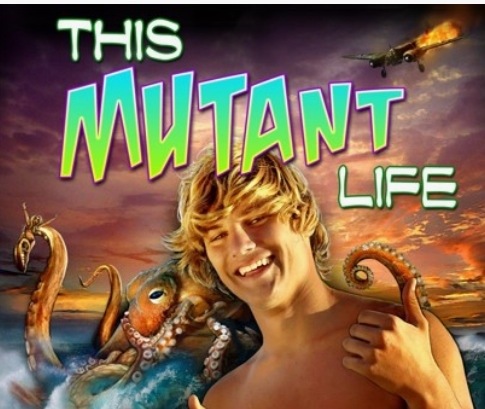 I’m pretty stoked to have a story in This Mutant Life an anthology of NeoPulp writing – specifically, short stories about superheroes – published by the inestimable Ben Langdon.

My story in TML is one I wrote years back as part of a residency I did at the State Library of Victoria that was all about using their collection of 1940s and 1950s australian superhero comics as a starting point for a bunch of flash fictions.

It features a short-lived superhero called Kazanda the Jungle Queen, originally created by the legendary Archie E. Martin and Edward Brodie-Mack and featured in Rangers Comics in the ’40s as well as a reprint volume in the ’70s.

The story was published online at the time, though I was never very happy with the site it was published on, and then later in an issue of Meanjin, though only as a frustratingly-fully-italicised addendum to my previously published NeoPulp Manifesto (which long-time readers may be aware of and which seems to have been part of the inspiration behind Mr. Langdon’s creation of this anthology series, judging from the way he discusses it in the intro – colour me totes flattered).

Anyway, it’s nice to finally have my pyrokinetic jungle queen story out there where people can read it in a non-italicised, non-white-Times-New-Roman-on-black format.

There are some cracker stories for my story to rub shoulders with here, too, not least of which are Ben’s own “The Scoundrel’s Wife”, which captures a classic ’50s sensibility with equal parts crazy superscience and home economics, and Rob Rogers’s “Raiden’s River”, which drops a storm god superhero in the middle of supernatural New Orleans like a kid dropping a spider into a bull-ant nest for entertainment.

TML is available as a paperback or ebook – choose your favourite format from the Kalamity Press store.

There will also be a villain-themed issue, This Mutant Life: Bad Company, released as a companion volume in November 2013, which is actually pretty soon. I’m in that one too – more details as they arise.

To find out more stay tuned to This Mutant Life.

Thanks to Ben for including me in this fun book, and for selflessly furthering the important cause of prose superheroics.

Tagged with: ben langdon, neopulp, superheroes, this mutant life
Posted in i would like to recommend these people's writing, lines I wish I'd written, neopulp, people who are nice enough to publish me, short stories

Sign up for my regularly irregular newsletter to stay up to date on where you might perforce encounter my wordinage.

All new subscribers will be sent an exclusive “thank you” ebook and a positive affirmation button badge.